AS Telco was founded in 1992 but 1997 can be considered the starting point of our activities.

We were associated with the electrical works company AS Kelmo that was the communications and configurations department of Harju KEK (construction office for the sovkhozes in Harju County).

It was an electrical company that also offered telecommunications-related services.
Our initial experience came from the installation of dispatcher telecommunications systems in various Soviet institutions: kolkhozes, sovkhozes, etc.

Back then, it was Harju KEK that was the creator of such solutions.
Although after Estonia regained its independence, there were many enterprises installing telecommunications cables in the market, bold decisions and reasonable management ensured our success among them and our survival in the harsh times. 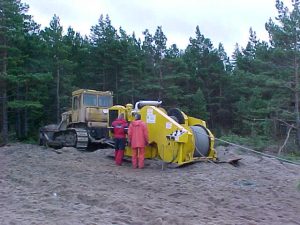 The biggest jobs of Telco are the construction and maintenance of the mainland part of Linxtelecom Estonia’s Estonian-Finnish and Estonian-Swedish submarine cables and work related to the cable networks of the Estonian telecommunications operators Elisa and Telia.

We have installed over 400 km of optical cables for Elisa’s telecommunications network in Tallinn alone.
In 1998, we made a bold decision to become one of the first companies to purchase an optical cable welding device, which clearly differentiated us from other companies in the communications industry.

A couple of years later we replaced our cable installation technology, instead of pulling the cable we started to use the “no-pull” Cablejet blowing-in system. The tools that are so common today were very rare and expensive in the entire region at the turn of the century.

Today as well, we at AS Telco aim at keeping our tools as modern as possible. We are known not for offering the best prices, but for the quality of our work, speed and keeping the deadlines. 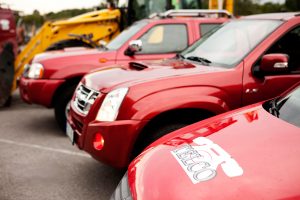 By now, we have gained wide experience with public procurements and, for instance, a notable part of the cabling network of key transportation nodes, such as the harbour and the airport, has been built by us.

Any cookies that may not be particularly necessary for the website to function and is used specifically to collect user personal data via analytics, ads, other embedded contents are termed as non-necessary cookies. It is mandatory to procure user consent prior to running these cookies on your website.